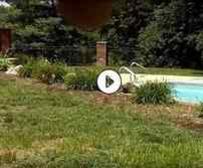 However if your yard mole infestation is more widespread, zig-zagging tunnels or mounds, this indicates that the soil's what's drawing moles in from throughout the neighborhood. When your yard is your neighborhood's mole magnet, trapping alone often just clears the way for the next moles to fill in behind the trapped moles and the infestation continues. When the soil's the issue, treating the yard can help drive moles out and keep them out long term. Then, to support your mole free effort, it's important to identify what may have drawn your moles in in the first place (often poor moisture control, pesticide use or dead tree root systems). If poor moisture control is suspected, be sure to adjust your heads (see video) for an even application throughout their zone and be sure not to over water. This can help you avoid the moisture imbalances that can often contribute to yard mole infestation so you can start playing a part in your own mole free success instead of contributing to the problem. I.E.: While we're PUSHING, Stop PULLING! 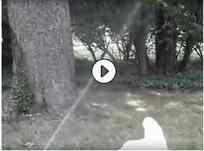 Much of the yard mole infestation throughout St. Louis can often be attributed to poor soil moisture control of your yard. Soil moisture can play a significant part in how much mole food exists in your yard. And this, often, is what's drawing moles in from throughout your st. louis neighborhood, making your yard an infested mess, while your neighbor's yard is not.

So what can be done to help prevent mole infestation?

If I have moles, can't I just water them away?

If that were the secret to being mole free, the secret would've been out long ago. The fact is, mole infestation is like icebergs, what you see on the surface is only about 10% of what's winding underneath the yard up to 6 feet down. Once you see moles on the surface, chances are there's already a large tunnel system deep below making it difficult to simply trap them one by one or to simply water.

So, what how do I use proper moisture control to help support my mole free effort?

Since you can't just water moles away, it's best to determine if your tunnels are being drawn in, often due to poor moisture control, or are just passing through. If the tunnels are isolated, straight tunnels running up the drive, walkway or base of the house, then trap it as there's nothing indicating that the soil is drawing them in. 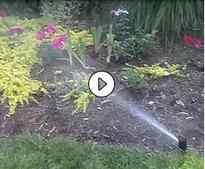 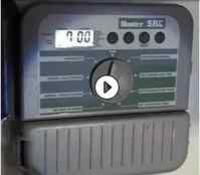 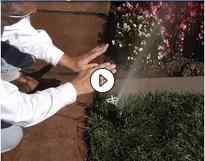 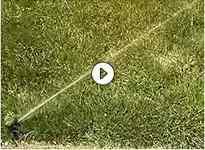 Irrigation and moisture control can be vital to being Mole Free in St. Louis Lawns.